“It is our job as leaders to ensure people who come to this work are valued,” said Robert, who accepted the award at the Center for Non-Profits’ 2016 conference, “Charting Our Course, Claiming Our Future.” “The clients and communities we serve deserve to feel prioritized.” 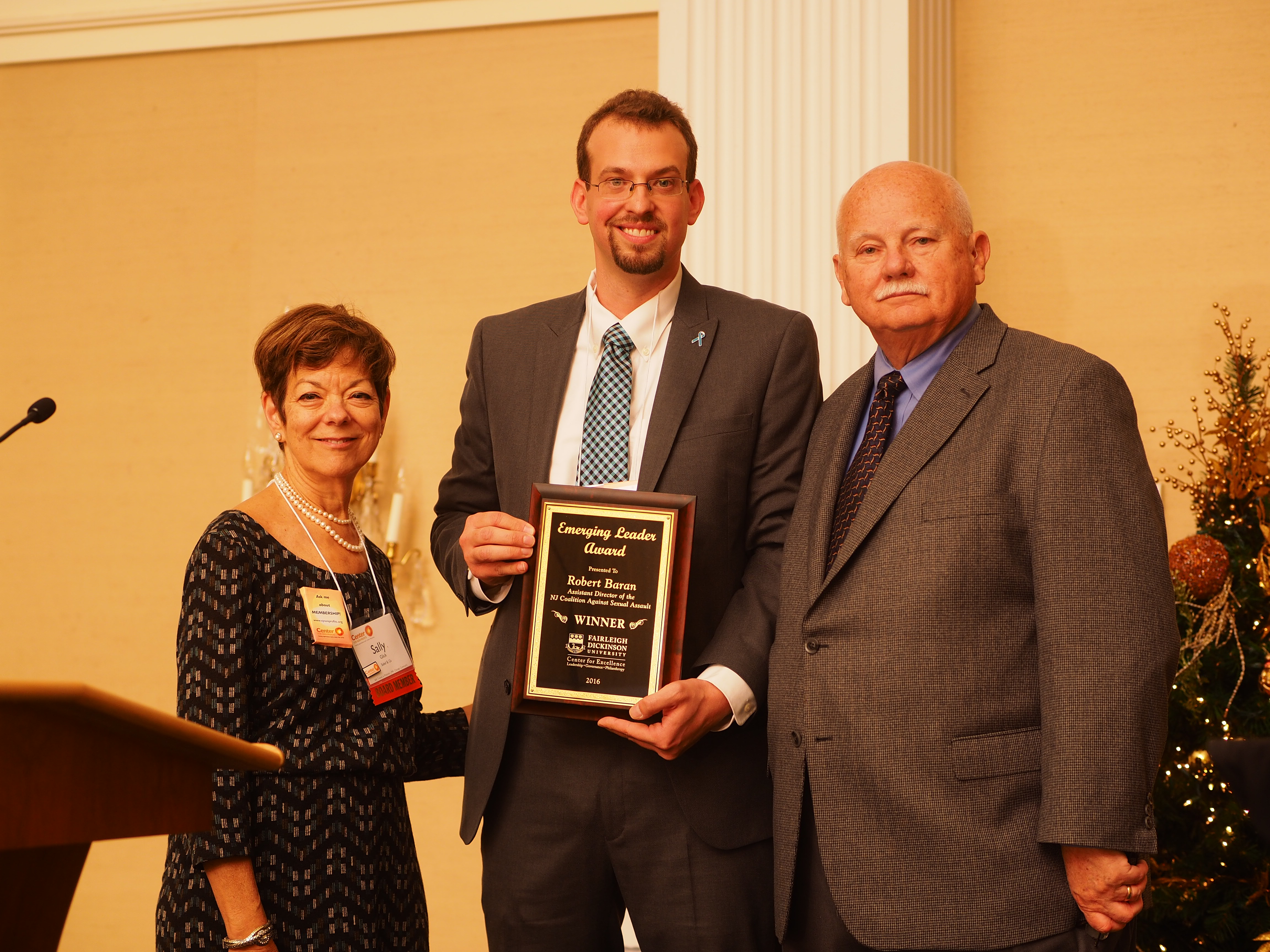 In her nomination remarks, NJCASA’s Executive Director Patricia Teffenhart, MPA, said, “At the New Jersey Coalition Against Sexual Assault, each member of our team is critical to our success. Robert Baran is the glue that holds us all together. Since joining the team in July of 2015, he has expertly worked within the micro and macro levels of coalition work.”

The award promotes excellence in the field by recognizing the promise and impact of talented nonprofit leaders. Award winners demonstrate commitment to professional development and continuing education, display a proven ability to collaborate in innovative and inclusive ways, and show potential for future contributions to the nonprofit community.

Robert has spent over 15 years in the nonprofit sector. Since joining NJCASA, he has led significant initiatives to promote the mission of NJCASA and worked collaboratively with New Jersey stakeholders to support survivors of sexual violence. He successfully led NJCASA through its most successful annual fundraiser, and is expanding the organization’s capacity to serve priority populations.

Giving Tuesday 2016 – Giving Back to Our Social Media Ambassadors