A Repeal of Roe v. Wade: Understanding the Potential Impacts

Over the past couple of weeks, our collective newsfeeds have been inundated with opinion pieces about the leaked Supreme Court of the United States (SCOTUS) draft ruling to overturn the landmark Roe v Wade decision. With access to safe, medical grade abortions under threat, the through line connecting many of these pieces is that the matter boils down to an issue of control over women’s bodies and bodily autonomy. But to what end? What are the longer-term societal ramifications of denying women access to safe abortions? Let us begin by considering which women would be most adversely affected by the potential overturning of Roe v. Wade. The answer is almost categorically Black and Brown women. 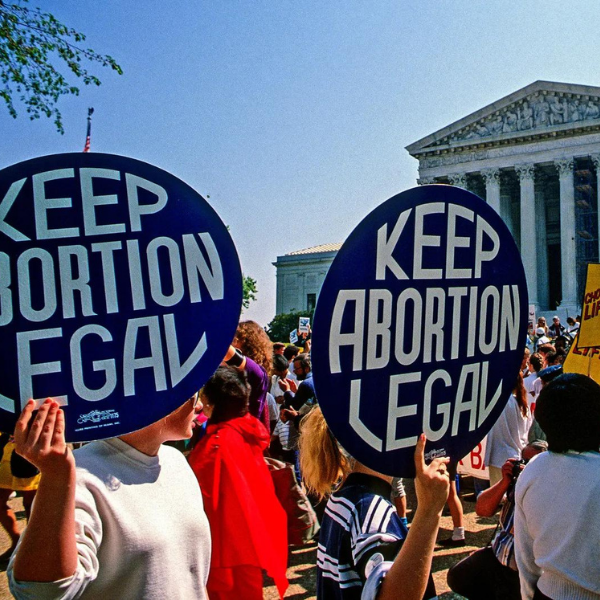 We must resist any temptation to assume that all pregnancies are the result of consensual sexual interactions. Women of Color experience higher rates of sexual assault than their white counterparts. The United Nations Security Council has noted that the act of “rape and other forms of sexual violence can constitute war crimes, crimes against humanity” (un.org). Mandating survivors to carry to term and assume the risks associated with giving birth to an unwanted child resulting from these crimes is cruel and traumatic (even if giving the child up for adoption is an option). At that point, it feels like what’s being mandated is the extended or continual re-traumatization of women.

Additionally, the topic of rape and incest usually garners significant pushback and labelling as a ‘red herring’ because it is thought that these instances make up 1-2% of abortion cases. However, this rhetoric does not take into consideration the gross underreporting of sexual assault cases and the pregnancies that arise from them precisely because the system is not built to support justice for survivors. Policies should seek to benefit everyone, especially the most vulnerable.

Women of Color are the most vulnerable to experiencing poverty. Despite what popular opinion suggests, poverty is not reflective of an individual’s moral failing, rather a societal one.  As a result of an abortion ban, there will be entire populations of children born into precarious situations with inadequate socio-economic opportunities/social supports. They may also experience limited access to education and/or be abandoned or not appropriately provided for. The increase of unplanned pregnancies will only widen health disparities for these women and their children and further perpetuate and exacerbate the cycles of poverty that shape their lives.

These cycles of poverty are systemic and reflective of the flooding of Black and Brown communities with drugs and guns, over-policing, and harsher penalties for equivalent or less severe offenses than their white counterparts. Communities are set up to fail socially, economically, and politically, then blamed and vilified for these failings. When we view this phenomenon in light of the fact that Black and Brown people are incarcerated at disproportionate rates (the longstanding penalty of which being the revocation of their voting rights), we come to realize that the abortion issue is simultaneously an issue of racism.

The United Nations Office of the High commissioner of Human Rights (OHCHR) posits that “Denying access to health services that only women require, including abortions, is linked to discrimination and can constitute gender-based violence, torture and/or cruel, inhumane and degrading treatment.”  (OHCHR, 2020). The global authority on human rights recognizes that the denial of access to reproductive health services (including abortions) may be tantamount to torture. For some it may still beg the question, why exactly is that?

There are instances in which carrying a pregnancy to term may be harmful to the mother, and an abortion would literally be a life-saving option. One study conservatively estimates that pregnancy-related deaths will increase by 21% in the general population and by 33% among Black women,[1] who already face a maternal mortality rate that is 3 times higher than their white counterparts[2], according to the national average. However, reproductive and birth justice activists have noted that in New York, the rate can be 12 times higher for black women.[3] Seeing as the concern is ostensibly about the preservation of life, it should be a no-brainer as to why the denial of such a vital procedure is violent and inhumane.

Additionally, situations occur in which a fetus has lethal malformations and would be expected to pass away during delivery or shortly thereafter. To force a person to endure the hardship of pregnancy and the pain of delivery, knowing their child will die immediately, when it can viably be avoided is nothing short of degrading and torturous.

Since the act of terminating pregnancies has been around for as long as pregnancy itself, it is critically important to remember that an abortion ban will never rid society of abortions, it will only eliminate the option for women to access them safely.

To stand in solidarity with survivors and the movement against sexual violence is to unequivocally stand in support of bodily autonomy and consent in all of their iterations. NJCASA is motivated by the beliefs that all human beings should freely enjoy these fundamental human rights and be able to govern what happens to their bodies without the threat of violence, external influence, or coercion. When this does not happen, it is incumbent upon us to stand in opposition to these instances of injustice. Especially when the force of a government and punitive legal system are employed to violate a person’s right to their own body. Sexual violence advocates have a duty to confront such policies.

[1] Stevenson, A. J. (2022, May 6). Study shows an abortion ban may lead to a 21% increase in pregnancy-related deaths. NC Policy Watch. Retrieved from https://ncpolicywatch.com/2022/05/05/study-shows-an-abortion-ban-may-lead-to-a-21-increase-in-pregnancy-related-deaths/

[3] Danielle, B. (2020, October 24). Black mothers in NYC are 12 times more likely to die in childbirth than white women. Essence. Retrieved from https://www.essence.com/news/black-mothers-nyc-12-times-more-likely-die-childbirth/

Stevenson, A. J. (2022, May 6). Study shows an abortion ban may lead to a 21% increase in pregnancy-related deaths. NC Policy Watch. Retrieved from https://ncpolicywatch.com/2022/05/05/study-shows-an-abortion-ban-may-lead-to-a-21-increase-in-pregnancy-related-deaths/

Hochman, N. (2022, May 5). A rape and incest exemption would still ban more than 98 percent of abortions. National Review. Retrieved from https://www.nationalreview.com/corner/a-rape-and-incest-exemption-would-still-ban-more-than-98-percent-of-abortions/

Update on Protective Orders for Survivors