Over the course of the past few months, policies have been passed across the country that are antithetical to the anti-sexual violence movement. Emboldened by the overturning of Roe v Wade by the Supreme Court of the United States (SCOTUS), anti-choice politicians have been working to restrict access to safe, medical-grade abortions in many states. Nearly 13 “Trigger bans” were passed in light of the Dobbs v. Jackson Women’s Health Organization decision, and many more restrictions and bans are in development. 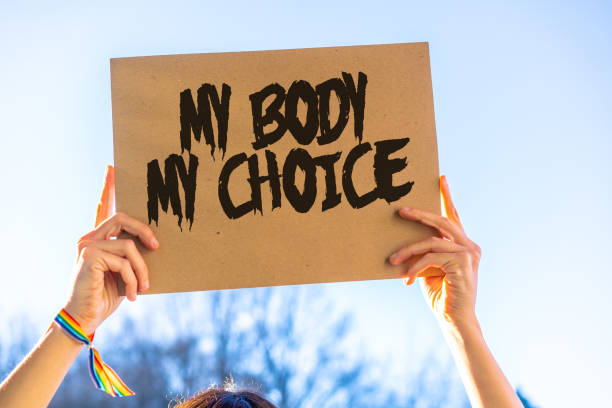 As these states pass anti-abortion laws, millions of people are being stripped of their access to safe, legal abortions. We have entered a frightening reality in which the right to choose, bodily autonomy, and reproductive justice are willfully under attack. With sexual violence playing a central role in the reproductive rights debate, it is often used as a point of contention in consideration of what constitutes a “just” reason for an abortion. This is deeply problematic, as it creates a hierarchy of legitimacy in the abortion debate and thereby undermines the overarching principle of bodily autonomy — a central pillar to the intrinsically intersecting anti-sexual violence and reproductive justice movements

While historically, policies restricting abortion access have had provisions with exemptions for instances of sexual assault, the new wave of abortion restrictions and bans appear to be different. As reported by Tampa Bay Times, “Fifteen of the 22 states with new or forthcoming limits on abortion after Roe do not permit exceptions for rape and incest. This suggests that anti-abortion advocates are no longer willing to go along with such exceptions, despite their widespread adoption over decades.” These states include Alabama, Arizona, Arkansas, Florida, Kentucky, Louisiana, Michigan, Missouri, Ohio, Oklahoma, South Dakota, Tennessee, Texas, West Virginia, and Wisconsin (Center for Reproductive Rights).

In some instances, other states with abortion restrictions and bans include provisions with explicit exceptions for abortions in cases of rape. These states include Georgia, Idaho, Mississippi, North Dakota, South Carolina, Utah, and Wyoming (Center for Reproductive Rights).

It is important to recognize that these exceptions are in no way survivor-centered, nor do they meet the needs of survivors of sexual violence who may seek an abortion after their assault. States that make exceptions for abortion in instances of rape have defunded clinics and threatened to criminalize providers providing abortions—among many other fear tactics and harmful policies—and therefore do not offer accessible resources for receiving abortions within their state lines. It is nearly impossible for survivors in these states to find access to safe, legal abortions when the states have purposely worked to ensure such resources do not exist.

Also, rape exceptions do not provide meaningful access or support for survivors, especially when they require survivors to report to law enforcement to qualify. Instead, they feed into the misconception that sexual assault is easy to report and “prove” to law enforcement, ignoring the realities of a legal system that constantly fails survivors. Less than 25% of sexual assaults are reported to law enforcement for many reasons (NSVRC 2018). Oftentimes, reporting to law enforcement can be retraumatizing for survivors, especially for survivors of color who may lack trust in the police and the legal system due to the racism that plagues it. For many survivors, there is no desire for the legal system to be involved, as it can be counterproductive to their healing process. Regardless of their reasoning, no survivor should be forced to report their assault. Rather than restoring bodily autonomy that has already been stripped from a survivor, requiring police reporting to receive an abortion further subjects survivors to unwarranted control over their body, health, and decisions.

With rape exceptions, a survivor’s autonomy is contingent on the decision of the legal system and whether they are ruled to be “deserving” of an exception to have an abortion. This notion of being “deserving” of an abortion is incredibly harmful and speaks to wider problems within abortion debates.  A person should not have to have their bodily autonomy stripped from them for policymakers to deem them “worthy” of having a choice over their body. This mindset enforces the idea that bodily autonomy is afforded, a privilege if you will, and not an inherent right. It is antithetical to a culture of consent, respect, and freedom.

As we have conversations about abortion access, let us not reinforce the harmful perception that certain abortions are more necessary than others or that there needs to be “good reason” for an abortion to be acceptable. No matter if the person seeking an abortion is a survivor of trauma, no matter what their circumstances might be, their decision is an act of bodily autonomy and should not be judged nor infringed upon.

Let us also be clear that anti-choice beliefs, rhetoric, and policies are rooted in oppression, the same oppressive forces that cause sexual violence. White supremacy, colonialism, patriarchy, and other intersecting oppressions inform abortion bans and restrictions. These bans intend to exact power and control — power and control that will disproportionately harm BIPOC communities, the LGBTQIA community, disabled individuals, low-income communities, and people with intersecting, marginalized identities. Marginalized communities already face existing barriers to accessing contraception, healthcare, and other culturally relevant services, as well as experience higher rates of sexual violence. With the roll-out of abortion restrictions and the defunding of reproductive healthcare across the country, barriers to access and support will only increase. Abortion restrictions work in tandem with rape culture, both imposing a culture of oppression, control, and violence.

Jacobson, L. (2022, July 19). Many states are looking toward abortion bans with no exception for rape, incest. Retrieved from Tampa Bay Times: https://www.tampabay.com/news/health/2022/07/19/many-states-are-looking-toward-abortion-bans-with-no-exception-for-rape-incest/

MESSERLY, M. (2022, June). In states that allow abortion for rape and incest, finding a doctor may prove impossible. Retrieved from Politico: https://www.politico.com/news/2022/06/27/abortion-exceptions-doctor-shortage-00042373