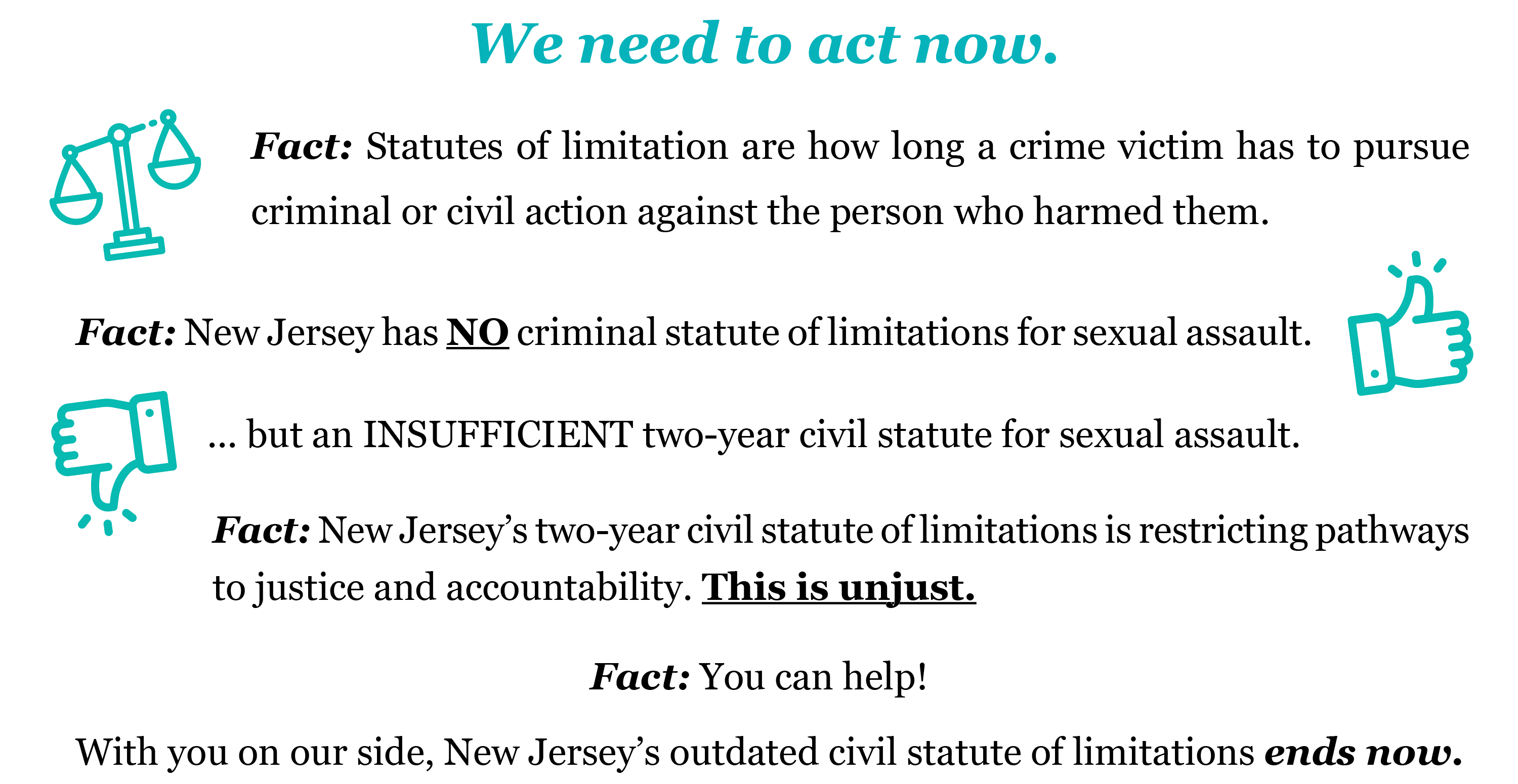 Your direct action is critical in compelling New Jersey lawmakers to act NOW to expand pathways to justice for survivors of sexual assault.

The Assembly version of sexual assault civil statute of limitations reform will be heard in committee on Monday, March 11, 2019. You can help ensure that this critical reform keeps moving through the halls of Trenton by calling and emailing committee members with the messages below!

Here’s what you can say when you call or email!

“Hi! My name is [ NAME, and if representing an organization as its spokesperson, please identify your agency/organization ] and I am reaching out in support of A3648, which expands our state’s measly two-year civil statute of limitations for survivors of sexual assault. Research has shown that two years is entirely insufficient for victims. One study of female survivors of child sexual abuse found nearly half – 47 percent – did not disclose the abuse to anyone for over five years.

According to research by the nonprofit organization ChildUSA, 80 percent of states have made reforms to their state’s statutes of limitations for sexual assault since 2002. New Jersey is not one of them, which is disappointing to me as a voter. But as a member of the Assembly Judiciary Committee, you have the power to move this critical and common-sense reform forward. I’d appreciate your attention and dedication to ensuring we address this egregious gap in policy, by voting YES to move A3648 forward and out of committee.”