Last week, Manhattan District Attorney Cyrus R. Vance, Jr. announced a pledge of up to $35 million to eliminate backlogs of untested sexual assault forensic kits around the country. The New Jersey Coalition Against Sexual Assault (NJCASA) commends the commitment demonstrated by District Attorney Vance and encourages New Jersey to seize the opportunity to work with our colleagues across the river in an effort to better serve survivors of sexual violence, hold sex offenders accountable, and increase public safety.

The topic of what’s been commonly referred to as a “rape kit backlog” is one that encompasses two separate, yet related issues. A backlog can exist in scenarios in which rape kits are collected and stored, but a DNA analysis is not requested by the prosecutor. Backlogs also exist in states in which kits are submitted for analysis, but the crime lab facilities lack the resources to test kits in a timely manner.

In states like New Jersey, this former scenario is the issue at hand. While still reeling from the trauma of a sexual assault, a survivor who participates in a sexual assault forensic exam subjects his/herself to an invasive exam that can last four to six hours. This exam provides valuable evidence that can be used to support the identification and prosecution of offenders.

Yet, for many survivors, their participation in this process is for naught. In New Jersey, forensic evidence collected through the sexual assault forensic exam as part of a sexual assault investigation is not automatically processed. After law enforcement takes possession of the kit, it is often stored, rather than sent for analysis. 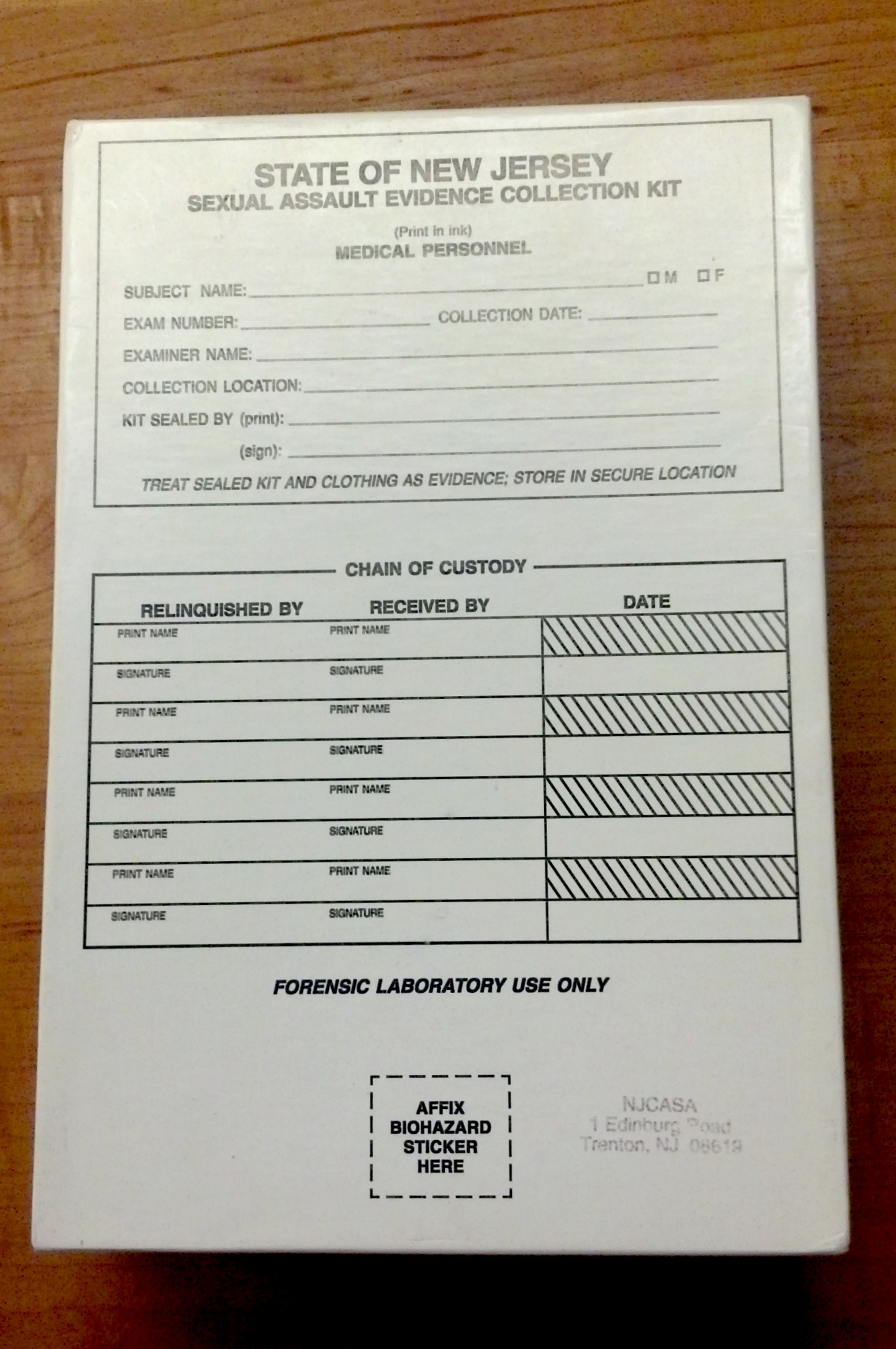 NJCASA contends that, with survivor’s consent, all sexual assault forensic exam kits should be tested in a timely manner, whether the victim is named, or chooses to remain anonymous.

NJCASA contends that, with survivor’s consent, all sexual assault forensic exam kits should be tested in a timely manner, whether the victim is named, or chooses to remain anonymous. There’s no doubt that such a system works. In 2009, 11,000 untested rape kits were discovered in an abandoned police warehouse in Detroit, Michigan. Initially, 2,000 of those kits were submitted for analysis, resulting in 473 hits in the national DNA database, including hits linked to 23 other states. As a result, the Wayne County Prosecutor’s Office identified 127 potential serial rapists and obtained 14 convictions.

Earlier this year, the New Jersey Office of the Attorney General expanded the evidence retention guidelines for sexual assault forensic exam evidence. Previously, this evidence needed only be retained by County Prosecutors’ Offices for a minimum of 90 days. The new guidelines require a minimum retention of five years, while also providing an opportunity for evidence to be retained indefinitely, upon the survivor’s request. With this one policy revision, New Jersey made a clear statement that sexual violence survivors deserve ample opportunities to pursue justice and that our state is committed to supporting them in that pursuit.

By requesting to access the resources being made available by the Manhattan District Attorney General’s Office, New Jersey can take an even greater stride in supporting survivors and holding offenders accountable. NJCASA is committed to working with the New Jersey Office of the Attorney General and all concerned legislators and stakeholders to increase our capacity to better serve sexual assault survivors. Together we can work to create a system that supports our collective vision of a safer, more just, society.