When the NJCASA team reviewed responses to our survey on sexual harassment and misconduct in New Jersey’s political arena, one written response stuck out: “It’s everywhere. It’s everything.”

We launched our Survey on Misogyny & Sexual Misconduct in N.J. Politics earlier this year to learn more about the prevalence of sexual violence in the State House, political campaigns, lobbying, and everywhere in-between. After receiving and analyzing more than 500 survey responses from those who have worked or volunteered in N.J. politics—including registered lobbyists, elected officials, partisan political operatives, and county and state government employees—we’re sharing the results in our new report, “It’s Everywhere. It’s Everything.” 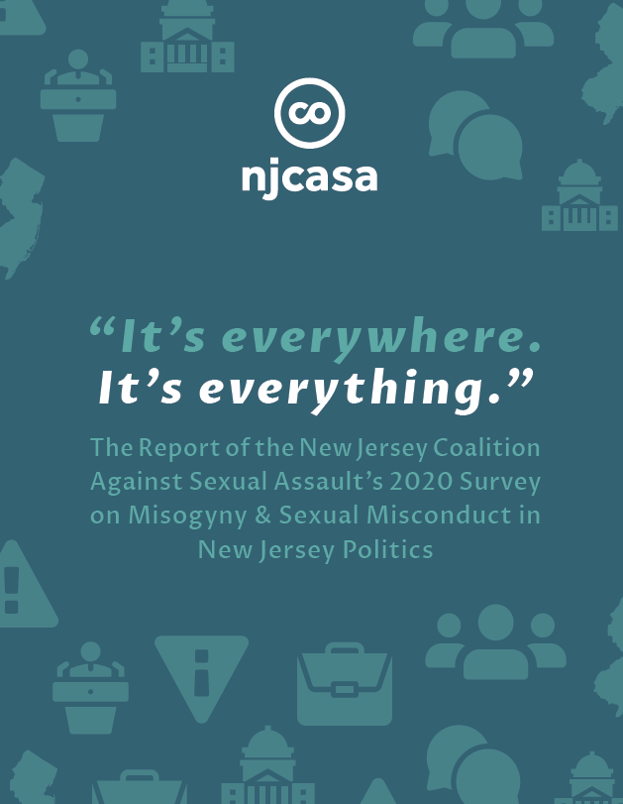 Our report reveals that sexual harassment and misogyny in government and politics continue to run rampant, in Trenton and beyond:

These findings underscore the need to confront gender inequity and sexual violence in N.J. politics and government. We know that much work lies ahead of us—and with that in mind, we outlined key recommendations and next steps for leaders to consider, including:

NJCASA is committed to continuing our work to create safer spaces for everyone involved in N.J. politics. By promoting respect and equity in the workplace, we help build a political scene in the Garden State that is more wholly reflective of its constituents.

Who Are We Serving? A Statewide Review of Sexual Violence Services